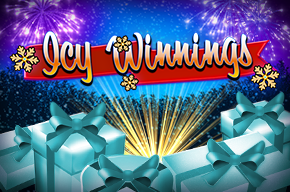 Try to reveal a cluster of three or more matching symbols to win a prize. Wintry fun awaits, and so does a chance to win one of the progressive jackpots!

In the Minor Jackpot Bonus Game, the player wins the MINOR JACKPOT by collecting enough Gold Star blocks to fill the Prize Meter.

In the Major Jackpot Bonus Game, the player wins the MAJOR JACKPOT by collecting enough Gold Star blocks to fill the Prize Meter.

The Multiplier Total on the main game board is not applied to any wins in either bonus game.