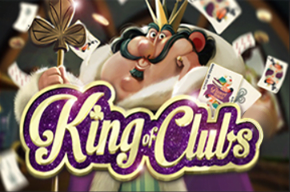 Try to claim your crown with King of Clubs! Flip your cards, and try to find the King to reap a royal reward. Collect four Keys to unlock the Clubhouse Bonus game, or discover a Serving Dish to dine on the Dessert Deluxe Bonus game. Play now for a chance to find your fairytale fortune!

Players may purchase either a set of six (6), a set of twelve (12), or a set of eighteen (18) tickets. Except for Bonus Game tickets, each ticket features a symbol and a prize amount.