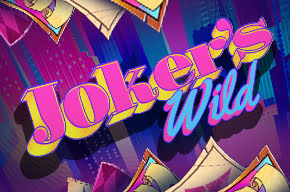 This game is no joke! Anything can happen in Joker’s Wild! Try to reveal a winning card to win a prize. What will the cards have in store?

Players may purchase up to 18 plays in sets of three, six, nine, 12, 15 or 18 for each game. A Joker’s Wild play consists of a playing card and a prize amount.

There are three ways to win a prize.

In the Brawl Bonus Game, a player will battle the Joker for 20 rounds. In each round, the player will try to reveal a higher card than the Joker to win the ROUND prize. A player reveals both cards by selecting the player’s card. If the player’s card and Joker’s card are the same, a tiebreaker will determine the winner. Prizes will accumulate until all rounds are played.