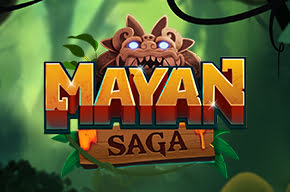 Try to uncover ancient treasure with Mayan Saga, our daring instant game! Try to make a cluster of three or more of the same symbol to win a prize. Discover two Expanding Board symbols to unleash a bigger play area. Find three Free Game symbols to be granted five free games. Will you find a fortune?

In addition, new symbols will fall into the board from the top of the play area to fill the empty spaces created by the symbols collapse. The winning clusters will award prizes according to the Prize Table. Only the highest possible prize per winning cluster is awarded.