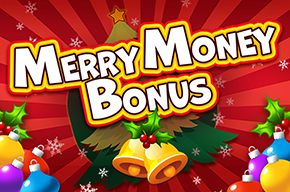 Each Merry Money Bonus game features a 5x4 grid of symbols, a Prize Chart and an Instant Prize Chart.

If the player collects enough Gold J symbols to reach a jackpot on the Prize Meter, the player is awarded that jackpot. Only the highest jackpot reached is awarded to the player.