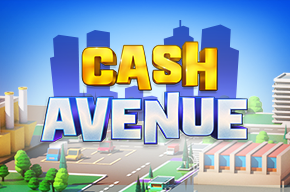 Take a stroll down Cash Avenue! Hit the town, and try to match numbers to win a prize. Collect four Briefcase symbols to kick off the Cash Case Minigame, or find three Hard Hat symbols to break ground on the Highrise Bonus Game! Will you wind up on Easy Street?

Each Cash Avenue game features 5 Winning Numbers, a feature area with 4 spaces, and up to 20 Your Tickets. Players may purchase sets of 5, 10, 15 or 20 tickets per game. Each of Your Tickets features a number and a prize amount, or a Hard hat Symbol.

To play the Cash Case minigame, select 1 of the 4 briefcases to open it and win the prize shown inside.